The Stretch Report are rapidly becoming the go-to support act for rock giants when they visit the south west of England. After well-received performances opening for Uriah Heep and then Wishbone Ash the band are now scheduled to support the latest reincarnation of The Grateful Dead – Live Dead 69, who are performing with original keyboard player, Tom Constanten, in Exeter on 29th January.

The Plymouth-based band are Rob Giles (aka Razor) guitar and vocals; Ian Cooke – guitar and vocals; Chris Moss – drums; and Gary Strong – bass. The four had known each other for years and had played in various bands over the years but met up at an old musician friend’s funeral in 2012.

Lead singer, Rob Giles: “The Wishbone Ash gig went really well and the band were very generous and gave us a shout out when they came on. Then the Grateful Dead thing came off the back of that. We are really looking forward to playing Exeter. It’s a privilege to play alongside these big bands.”

Guitarist, Ian Cooke, adds: “Uriah Heep was our first really big gig. It was nerve-wracking beforehand but we had a packed venue and the energy came out of the audience. It was very, very positive. The fact that we are very old friends, not just a random bunch of musicians that have got together really helps, that we know each other well and we know each other’s quirks.”

The Stretch Report draw on a whole range of rock influences and their live act includes covers of songs from the likes of Robin Trower, Mick Ronson and Roxy Music. But one of the band’s originals, ‘Six Degrees’ written by Rob, has also proven to be a crowd favourite. A band with bags of experience, bags of enthusiasm and who are building a reputation as a reliable support act for some of the biggest rock icons of the 60s and 70s, The Stretch Report are well worth keeping an eye on. 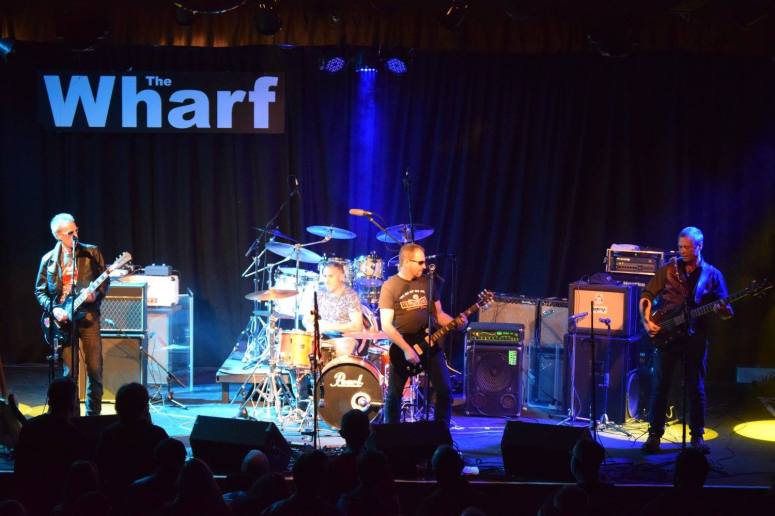 A full-length interview with the band is available at https://darrensmusicblog.com/2016/12/09/interview-feature-the-stretch-report-devon-based-band-opening-for-some-of-the-big-rock-giants/

For further information contact Darren Johnson on 07799 731 682
or email darrenjohnson@crowfliescommunications.com

This site uses Akismet to reduce spam. Learn how your comment data is processed.